Our team of industry veterans will regularly share its strategic vision and unique perspective on sponsorship and sports marketing. We value the dialogue and welcome any and all conversation.

The Questionable Morality of Sponsorship

There’s another “too big to” paradox rearing its head at the World Cup in Qatar and it is one that poses serious, unpleasant questions to any student of sports marketing - in fact, any student of ethics. Once a corporate sponsor has pledged its capital resources, in-kind services, and activation spend, should that sponsorship commitment be viewed as an irreversible fait accompli, earning it a free pass to conduct business as usual?

Alternatively put, are there any conditions which might compel a brand to wash its hands of a sponsorship turned messy and call it a day? Or is an international stage like the present World Cup seemingly too big to opt out of, regardless of the diametrically opposed values on display by its host nation Qatar?

Coca-Cola lends itself well to explore the conundrum facing the 14 official partners and sponsors of the competition, including McDonald’s, Visa, and Adidas, that have perennially been the financial lifeline of global and national sports assets alike.

The Atlanta-based superbrand is investing well over $200 million in its rights fees and marketing spend. The World Cup was supposed to be about implementing strategies that uniquely strengthen the relationship with Coca-Cola’s soccer-loving consumers.

How is it possible that Coke, such a seasoned expert in sponsorship, might have so miscalculated when agreeing to its starring role in the stadiums in Qatar? How did a company committed to social impact so overtly dismiss its consumers’ concerns about a misaligned association with the absolute monarchy of Qatar? 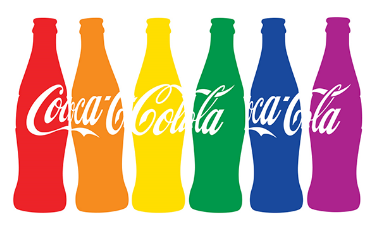 A 2022 Gallup poll of 12,000 respondents reported that 21% of Gen Z adults identify as LGBTQ. Forrester Research’s 2021 findings confirmed that over 50% of Gen Zers will only shop with brands that are in sync with their own social responsibility values. At over 68 million strong, or 20% of the US population, that’s a heavyweight demographic to butt up against. One would think that Coca-Cola would be concerned.

Brands are often quick to point out that their presence in troubled sports waters often calms them; that they have the ability to tame the beast, if you will, leading to positive political reform, through what this writer labels “sportsfluence.”

But this is nothing less than corporate fantasy. One need only reflect upon Beijing’s hosting of the Winter Olympic Games while mass interning Uyghers Muslims and engaging in ongoing human rights abuses in Hong Kong. A quick refresher: the Chinese hosted the 2008 Summer Games, after which individual freedoms there rapidly receded.

Another illustration of an event that failed to curb the expansionist appetite of an autocratic regime is the 2018 World Cup in Sochi, Russia. In its quest for regional hegemony, an emboldened Kremlin has thrown parts of Europe into mayhem, while most recently sentencing American WNBA star Britany Griener to 9 years in a penal colony. So much for the power of sponsors and their ability to flex muscle and foster change through sportsfluencing.

But the World Cup in Doha seems to have hit a nerve that China somehow skirted. Perhaps it was the Cup’s Qatari ambassador who recently denounced homosexuals as being “damaged in the mind.” Maybe it was the bone-chilling, painful realization that an estimated 6,500 migrant workers tragically died in Qatar to bring this fleeting competition to life. Perhaps it was the admission of former FIFA president Sepp Blatter that a $19B arms deal between France and host Gulf nation was behind la République’s 4 swing votes in favor of Qatar, erasing all hopes of US glory in 2022.

So what does all this mean for a corporation like Coca-Cola which so proudly touts its “enduring” commitment to diversity, equity, and inclusion (DEI) as well as propriety and fair dealing in business?  Through the brand’s own admission, these coveted principles “are at the heart of our values and our growth strategy and play an important part in our company's success”  and are so ingrained in its corporate culture “through both its policies and actions.” These are direct quotes from the company’s corporate website.

The reality on the ground in Qatar versus the bubbly, heartfelt expression of alliance with the US-based LGBTQ community stand as polar opposites. Coca-Cola’s sponsorship will be perceived by many as an indictment of its long-standing social responsibility vision. It further exposes a disturbing truth about the questionable morality of sponsorship: many marketers view the brand benefits of topflight sports events as simply far too big to ever opt out.

Headquartered In New York, NY
with distributed teams across the U.S.